My words embrace a subject's or client's passions and strengths. They engage the reader to act positvely. I offer the best in editorial, PR and technical writing.This is the general website displaying a diversity of work. For other sites with specialized writings from food/drink and travel to grief survival, weddings, healthy and green living, click onto the individual links on the left hand column.Contact me at words4sail@gmail.com.
LIKE us on Facebook. 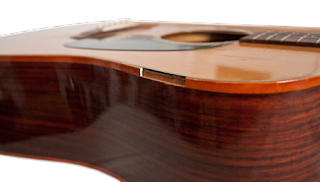 Once I interviewed a repairer of guitars, banjos and lutes who recalled an unusual job he had been given: During a heated argument, a wife picked up her husband’s beloved acoustical guitar to deliberately swing it down against a counter. Dozens of splintered wooden pieces, twisted strings, bent bridge pins and a mangled fretboard were delivered to the shop.

Even with expert craftsmanship, repairing the instrument took several months. Upon completion the multiple cracks were filled in, but many still remained visible. What was most incredible about the restored guitar was not its altered appearance, but its new tone. It was sweeter and fuller than ever before